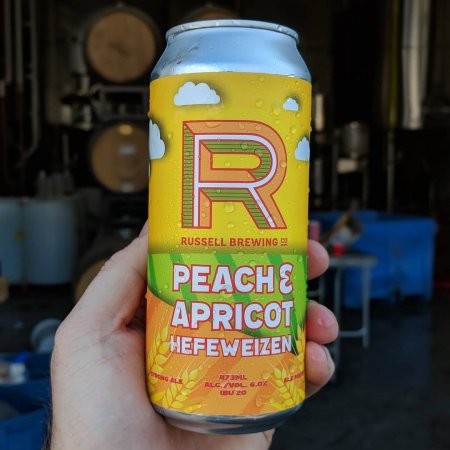 SURREY, BC – Russell Brewing has announced details of its next limited edition seasonal release.

The marriage of peaches and apricots in a Hefeweizen, now some would say that’s a match made in heaven. A match comparable to such greats as Batman and Robin (Clooney and O’Donnell), movie theater popcorn and the extra butter that you have to pay for and the all-time classic combo of apple pie and sharp cheddar cheese. Add a healthy dry hop addition of Citra and the marriage is complete, as is our contribution to the world of fruited Hefeweizens.

Peach & Apricot Hefeweizen will be available later this week in 473 ml cans at select liquor stores in British Columbia.