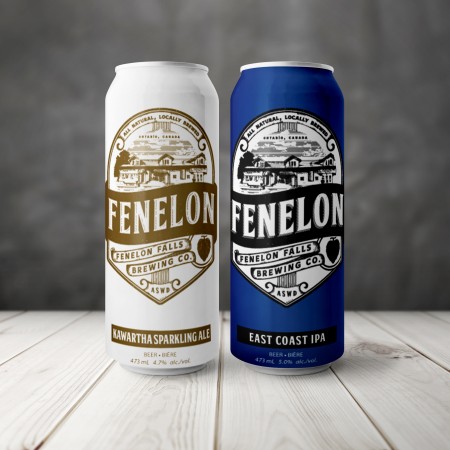 FENELON FALLS, ON – Fenelon Falls Brewing has announced details of two new beers that will be debuting at the brewery’s beer garden at this weekend’s Fenelon Fair.

East Coast IPA (5.0% abv) is described as featuring “bursts of zest and tropical fruit flavours, and a clean, smooth finish,” while Kawartha Sparkling Ale (4.7% abv) is “a Canadian twist on an Australian classic [with] a sharp, bubbly bite and crisp finish.”

Following the launch, both beers will be available at select licensees in Fenelon Falls and area, and will also be featured at the brewery taproom and retail store when the Fenelon Falls Brewing facility opens later this year.