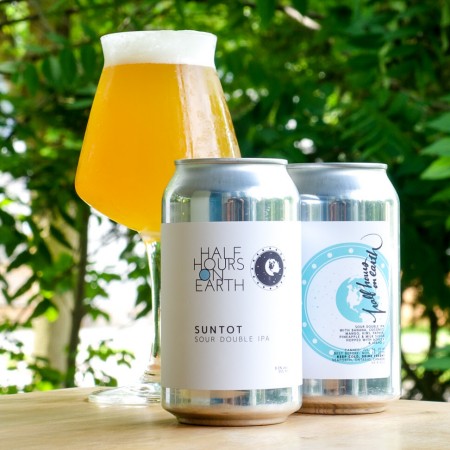 SEAFORTH, ON – Half Hours on Earth has announced the release of the latest in a series of limited edition beers that raise funds for local environmental groups.

We went all-in with fruit additions on Suntot to make this the most tropical blast of flavours possible in a beer. Brewed upon a double IPA base and soured with lactobacillus, loaded with whole fruit additions (banana, coconut, kiwi, mango, papaya, pineapple) and heavily hopped with Azacca & Idaho 7. The fruiting is so well balanced creating its own unique fruity profile, while certainly having a bit of Pina Colada influence. With the addition of milk sugar adds a luxuriously soft texture to the beer, while still drinking surprisingly dry.

Suntot is available now in the Half Hours on Earth brewery store and online shop while supplies last. 25 cents from the sale of each can will be donated to Forests Ontario for their efforts in restoring and maintaining the province’s forests.