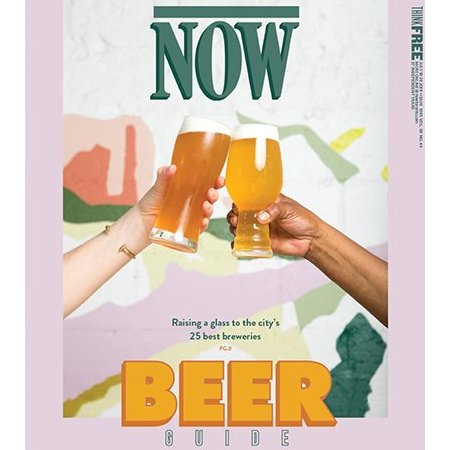 TORONTO, ON – This week’s edition of Toronto alternative weekly NOW Magazine is its annual Beer Issue, featuring several articles about the city’s beer and brewing scene.

The bulk of the special section features a round-up of Toronto’s 25 best breweries as chosen by NOW’s writers, while sidebar articles include reviews of eight summer-friendly beers available at the LCBO and Beer Store, and a selection of Ontario ciders and canned cocktails for those looking for an alternative to beer.

The paper edition of the NOW Beer Issue 2019 – cover dated July 18th to 24th – is available now in street boxes, shops, restaurants and other locations throughout the GTA.