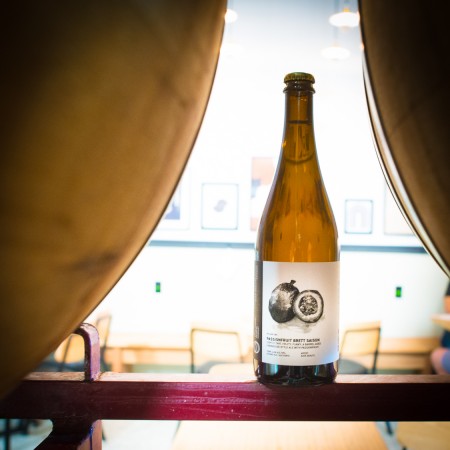 CALGARY, AB – The Establishment Brewing Company has announced the release of the third beer from its barrel-aging program.

We paired this beer up with our dear friend Brettanomyces and let it hibernate 10 months in previously used red wine barrels. Re-fermented with passionfruit, hand bottled, and patiently bottle carbonated. The passionfruit adds a gentle tartness and fruity aroma that blend with rustic Brett and gentle malt. Refreshing. Fruity. Funky.

Passionfruit Brett Saison will be released tomorrow (July 20th) on tap and in bottles at Establishment.