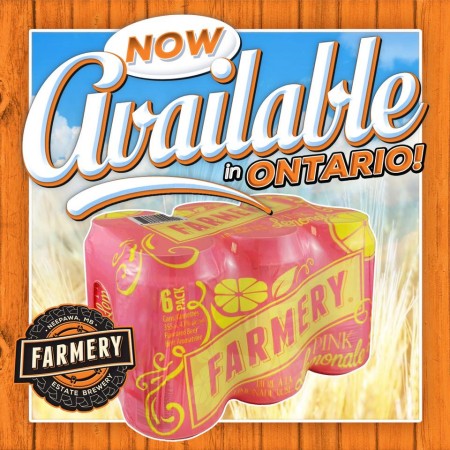 NEEPAWA, MB – Farmery Brewery has announced that it has entered into the Ontario market for the first time, starting with two popular summer beers.

Prairie Berry-Ale (4%) is a seasonal light ale brewed with sour cherry, raspberry, and Saskatoon berry, and Pink Lemonale (4%) is a year-round brand described as being “true to the all-time classic pink lemonade flavour; perfectly balanced, light, tart and sweet.”

Both beers are available now in six-packs of 355 ml cans at select Beer Store and licensed grocery store locations in Ontario.