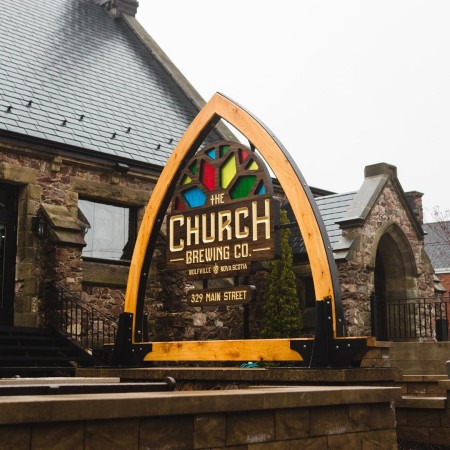 WOLFVILLE, NS – A brewery and restaurant that opened earlier this year in Wolfville, Nova Scotia has announced the debut of its first pair of house-brewed beers.

Located in a former United Church building, The Church opened its restaurant and bar in January, and has been serving a rotating selection of beers from other breweries in the Maritimes while getting its own brewing system up and running.

Beer service at The Church is currently limited to full glasses, but flights will be offered once more house brands are on tap, and cans and crowlers will be sold from a retail shop planned to open in mid-August.

The Church Brewing is located at 329 Main Street in Wolfville, and is open from 10:00 AM daily, until 11:00 PM on Sunday to Thursday, and 12:00 midnight Friday and Saturday. For more details, see the Church Brewing website.