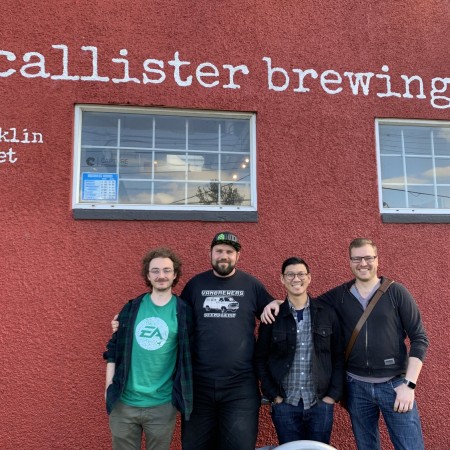 VANCOUVER, BC – Altitude Beer Co. has been announced as the latest partner brewer at Callister Brewing, a brewery that operates under a unique business model described as a “hybrid of co-op and contract brewing.”

Altitude has been founded by four friends – Xander Szymanski, Peter Hendriks, Andrew Tsang, and Kirby Burchill – with years of homebrewing experience behind them.

The first Altitude beer to be tapped at Callister was a small pilot batch of Pale Ale that was available briefly in late June. Their official debut followed last week with the release of Passing the Torch (6% abv, 35 IBU), a “Norwegian kviek fermented hazy IPA with loads of Citra and Mosaic in the dry hop” that was brewed in collaboration with Sundown Brewing, one of Callister’s partner breweries from 2018-19.

Altitude Beer Co. will be brewing at Callister until June 2020, replacing Sundown and Good Buddy Brewing.