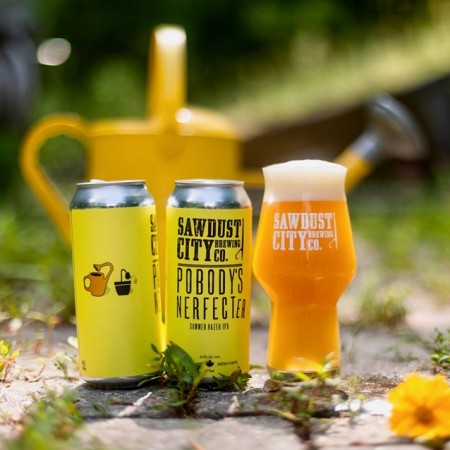 GRAVENHURST, ON – Sawdust City Brewing has announced an updated version of a beer originally released last summer as the 30th of its 52 weekly beer releases for 2019.

Pobody’s Nerfecter takes all of our favourite IPA elements, haze, juicy flavours and heaps of hops fermented atop Vermont ale yeast for a hop bomb to reckon with. Last year’s Pobody’s Nerfect was an amalgam of a few of our past favourite IPAs. This year we re-tuned the recipe to ease in a little softer bitterness and more drinkability. What we end up with is “Pobody’s Nerfecter” Summer Hazer. It’s a refreshing IPA packed with Idaho 7, Azacca, Galaxy and Cashmere for the perfect hop-punch to ride out your summer.

Pobody’s Nerfecter will be released tomorrow (July 25th) in 473 ml cans at the Sawdust City retail shop and online store.