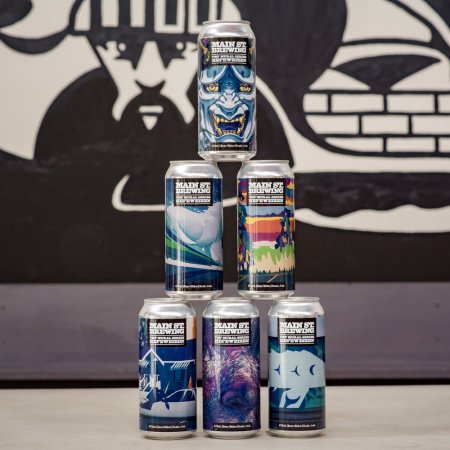 VANCOUVER, BC – Main Street Brewing has announced the release of its 3rd annual collaboration beer with the Vancouver Mural Festival (VMF), an event that “creates experiences that connect art and people, striving to build a society that deeply values and prioritizes arts and culture.”

For this year’s release, Main Street created a Citra Hefeweizen (5% abv), which is described as follows:

The new Citra Hefeweizen is a classic German wheat beer made with Pacific Northwest hopping techniques. The combination of banana flavour from the weizen yeast and the citrus tropical fruit aroma from the generous Citra hop additions make this beer taste almost like fruit punch, with subtle sweetness and mouthfeel from wheat malt rounding it out. A delightful harmony of old and new!

To further connect the beer to VMF, it’s been released with six variant can designs, each featuring a different mural.

Citra Hefeweizen is available now at Main Street Brewing and other locations. It will also be featured at select events during Vancouver Mural Festival 2019, running August 1st to 10th at locations throughout the city.