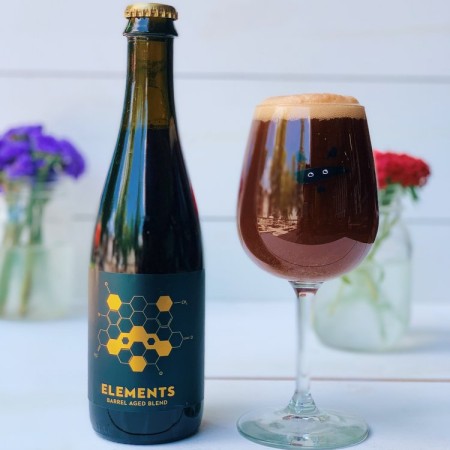 TORONTO, ON – Bandit Brewery has announced the release of the latest in its Elements series of barrel-aged blended ales.

Our goal was to get more depth from the style, so we decided to barrel-age one of two beers for over 8 months in oak Cabernet Sauvignon barrels. The resulting beer was then meticulously blended with a fresh Flanders to balance out some of the intensity and to ease the strong vinegar-like flavours. Elements #5 is noticeably sourer than most of our other Sour blends, but the warm oakiness of the barrels and the lightly sweet red wine vinegar notes balance things out, resulting in an even, smooth, and wildly complex beer with slight notes of cherry and dark berries, and a rich dark red colour.

Elements #5 is available now on tap at the Bandit brewpub, and in a limited run of 375 ml bottles at the brewery retail shop and online store.