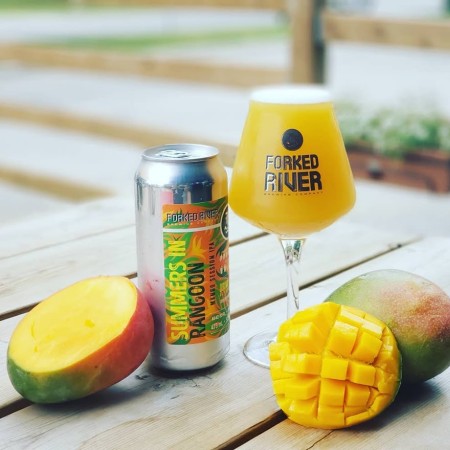 LONDON, ON – Forked River Brewing has announced the release of a new beer with a name inspired by a monologue from a classic comedy film.

The details of this beer are quite inconsequential… Summers in Rangoon had almost 250lbs of Totapuri mango puree added to brew to up a fresh and tropical session IPA. It was dry hopped with Citra, El Dorado, and some fantastic local Cascade from VQH Farms, which were first placed in a burlap bag and beaten with reeds – pretty standard really. I’m told that prior to shipment, the mangoes were first ritualistically shaved. There really is nothing like a shorn mango… it’s breathtaking – I highly suggest you try it.

Summers in Rangoon is available now at the Forked River retail shop and online store while supplies last.