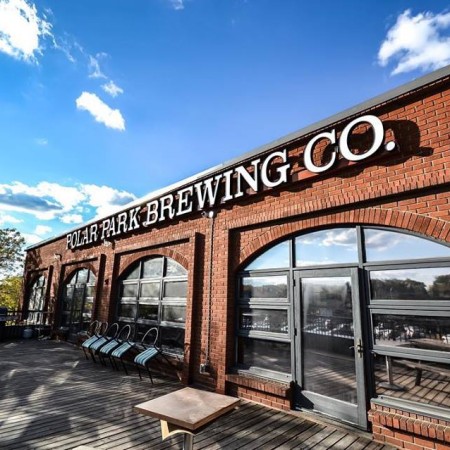 EDMONTON, AB – An Edmonton brewery that has been in the works for more than 3 years has announced that it will be opening to the public later this week.

Polar Park Brewing has been founded by Robert Oeming, and is named after a zoo north of Edmonton that his grandfather Al Oeming founded in the 1950s and which closed in 1999.

Located in a building in Edmonton’s Old Strathcona neighbourhood that was home to the Bee Bell Bakery until its closure in 2013, Polar Park was originally announced in early 2016 with plans to open later that year. But that timeline was pushed out, with an upper level concert and events space opening in late 2018 while work continued on the main floor brewpub.

Brewing started up in late spring, and The Endurance Pale Ale has made a preview appearance at several events leading up to this week’s launch, where it will be joined by Canadian Wheat Ale and Arctic Fox Trot IPA. All beers will be available in 5, 10, and 20 ounce pours at the bar, and in growlers to go.

Polar Park Brewing is located at 10416 80th Ave NW, and will be soft opening from Thursday August 1st to Saturday August 3rd, with the official opening set for Sunday August 4th. For more details, see the brewery’s Facebook page.