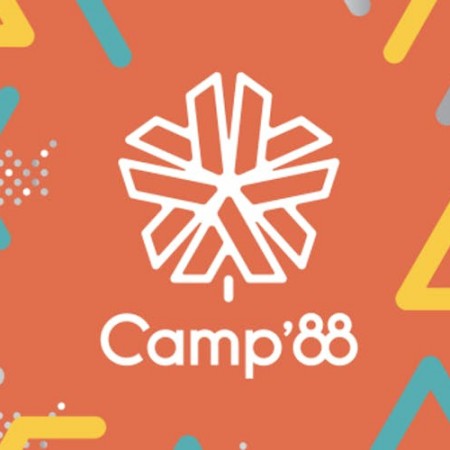 Summer Camp Crush is a “Sangria Sour” described as follows:

Summer Camp Crush was inspired by all those memories of warm summer nights, carefree days, and of course, those budding romances. We took a kettle sour base and fermented with red wine must (95% Tempranillo, 5% Pinot Noir) and added those delicious strawberries and raspberries for the perfect fruit finish. This brew, our first ever to be canned, is purple, tart and juicy!

Summer Camp Crush will be released next Thursday August 8th at Eighty-Eight Brewing, with a launch party that evening with a DJ spinning “retro summer beats”.