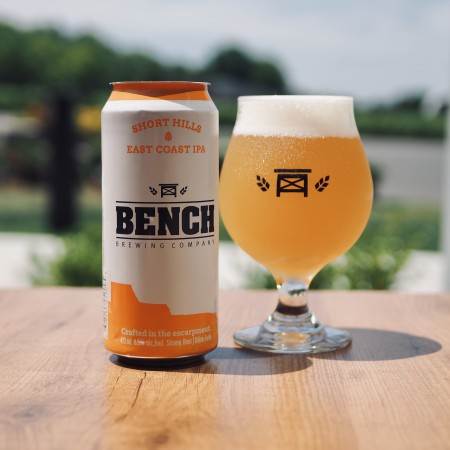 BEAMSVILLE, ON – Bench Brewing has announced details of three new beers that are being released at the brewery in time for the Civic Holiday long weekend.

Short Hills East Coast IPA (6.5% abv) is making its debut in 473 ml cans, and has the following notes:

Our Short Hills East Coast IPA is named after the most easterly region of the Twenty Valley known for its small but steep hills. Originally granted to the United Empire Loyalists after the Revolutionary War, this area was farmed by Mennonite settlers who cleared the land for agriculture in the early 1800s. This hazy East Coast IPA boasts juicy aromas of tropical fruit with a soft, round body and light bitterness. 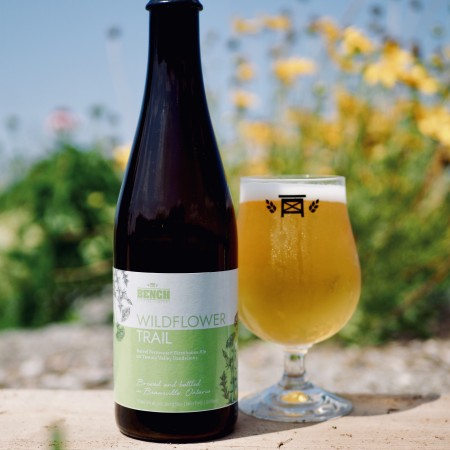 Wildflower Trail (6% abv) is a new release in the Trail Series of beers that feature locally foraged botanicals and other local ingredients. It’s described as follows:

Wildflower Trail is a Brett Farmhouse Ale on Twenty Valley Dandelions and Honey, on a barrel-fermented base beer that spent a year aging in red wine barrels from Malivoire Winery, 30 Bench Winery and Angels Gate Winery. We then took this base beer and refermented it on wildflower honey from Rosewood Winery that was gathered during the Spring of 2018 from six beeyards along the Twenty Mile Bench, as well as dandelions hand-foraged by the Bench Brewing team between the rows of Malivoire Winery’s vineyard. This special beer has aromas of floral honey on the nose, with a gentle wine oak and earthy funk that finishes dry with a uniquely dandelion. 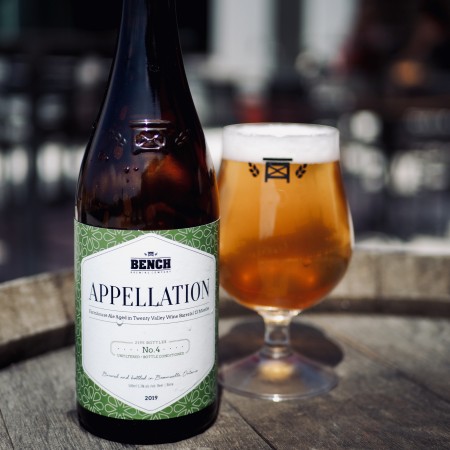 Appellation No. 4 (5.3% abv) is the latest in the Appellation Series of barrel-aged and blended beers, with the following description:

Aged entirely in oak, these one-off blends are a taste of the beer from wine country! Appellation No. 4 is a farmhouse ale aged for 13 months in Twenty Valley wine barrels for an elegant and balanced beer. It has notes of light acidity, soft oak from the barrels it was aged in, earthy funk and is gently spiced with orange peel and grains of paradise.