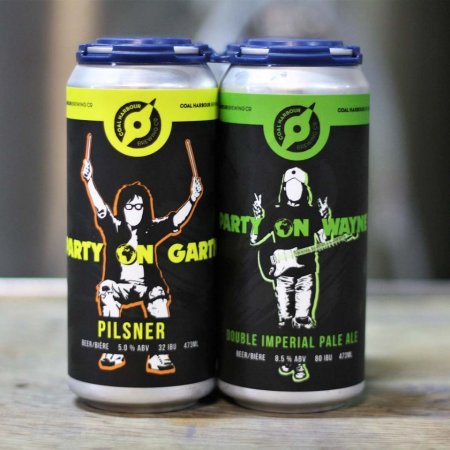 VANCOUVER, BC – Coal Harbour Brewing has announced the release of a new mixed pack that pays tribute to a classic comedy duo.

The Party On four-pack is available now at Coal Harbour and select private liquor stores in the Vancouver area.