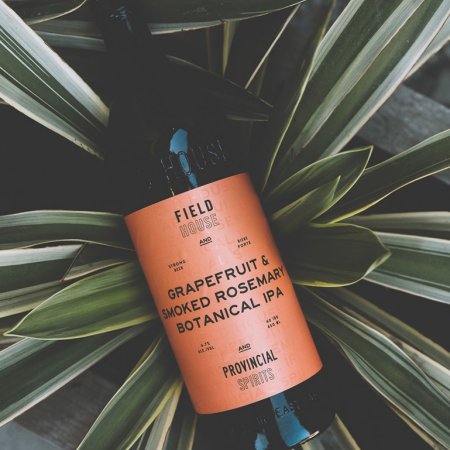 ABBOTSFORD, BC – Field House Brewing has announced the release of a new collaboration with Provincial Spirits.

This west coast style IPA possesses classic notes of pine and citrus from liberal amounts of both Simcoe and Chinook Hops. This base beer was then hit with massive amounts of Gin botanicals, including juniper, coriander, angelica root, fresh grapefruit peels, and finally smoked rosemary. These ingredients, expertly selected by Provincial Spirits, lend the beer the dry crisp bitterness of gin, while the smoked rosemary adds yet another layer of complexity to the IPA.

Grapefruit & Smoked Rosemary Botanical IPA is available now in bottles and on tap at Field House, and bottles will be available at select private liquor stores starting next week.