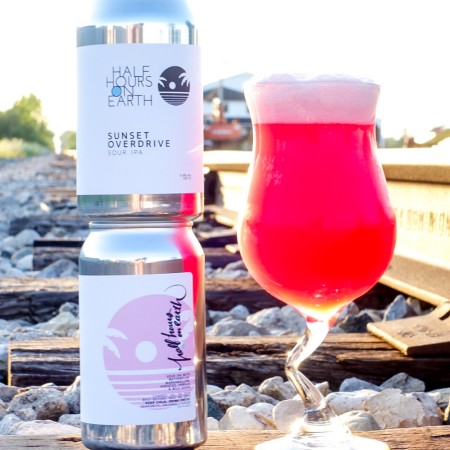 SEAFORTH, ON – Half Hours on Earth has announced the release its newest limited edition sour ale.

For the past two summers, we’ve brewed Sunsetz, a watermelon sour with vanilla & milk sugar. This year we thought it needed a bit of an upgrade. We increased the amount of juiced watermelon, vanilla and hops added to the beer, as well as loading it with marshmallows & hibiscus. This beer is reminiscent of everything summer. When you’re on the beach biting into a juicy watermelon and toasting marshmallows, this is all that in a glass. With notes of jolly ranchers & cotton candy, this is a bright & quenching hoppy haze juice!

Sunset Overdrive is available now in the Half Hours on Earth brewery store and online shop while supplies last.