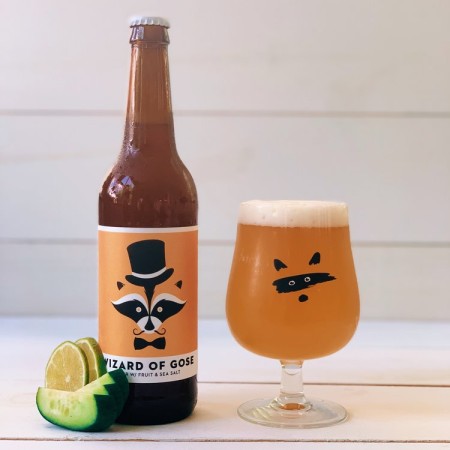 TORONTO, ON – Bandit Brewery has announced the release of the latest version of Wizard of Gose, an ongoing series of flavoured goses.

Wizard of Gose: Cucumber & Lime (4.2% abv) is described as follows:

Just like with our other Goses, this one is brewed using our house strain of lactic bacteria. While our original apricot version of WoG relied on the stone fruit’s sweet aromas to balance out the acidity, this new version is not shy about pushing the tartness levels forward. The cucumber brings out some slight floral and melon aromas in the beer, and the hint of lime at the end is the perfect final touch to leave a nice and crisp lingering flavour. The addition of sea salt helps to round out some of the extra acidity and makes the beer even more refreshing.

Wizard of Gose: Cucumber & Lime is available now on tap in the Bandit taproom, and in bottles in the retail shop and online store.