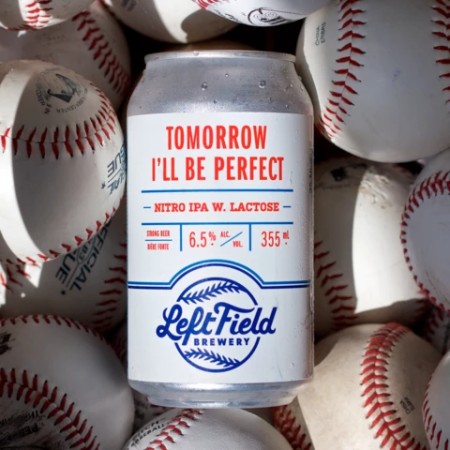 TORONTO, ON – Left Field Brewery has announced the release of a new collaboration with a Scandinavian brewery, as well as the return of a crisp and clean favourite.

Tomorrow I’ll Be Perfect (6.5% abv) is a nitro IPA with lactose co-created with Sweden’s Wizard Brewing, described as follows:

This hazy, colossal IPA explodes with huge flavours of orange creamsicle and sweet pineapple and is infused with nitrogen for the smoothest delivery in the game. Inspired by the autobiography by former Jays hurler Dave Stieb, chronicling his journey to a no-hitter after multiple close calls, this IPA holds the Left Field record for dry hopping at a whopping 6+ pounds per barrel, making it a franchise first. 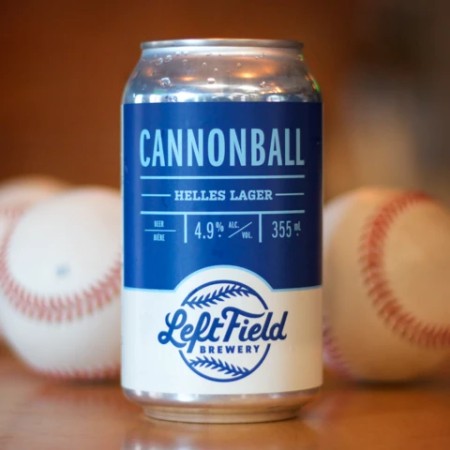 Cannonball (4.9% abv) is a helles lager with the following notes:

This beer was inspired by the legendary baseball talents of Ed “Cannonball” Crane who on one occasion, pitched back-to-back complete games and amazingly, also hit the game-winning home run. He led the Toronto Maple Leafs baseball club to their first international league pennant. Cannonball is brewed exclusively using German malt, hops and yeast. The result is a crisp Munich Helles-style Lager with a grainy cereal malt profile and a touch of honey sweetness.

Both beers are available now on tap and in 355 ml cans the Left Field taproom, with cans also available via the brewery’s online store.