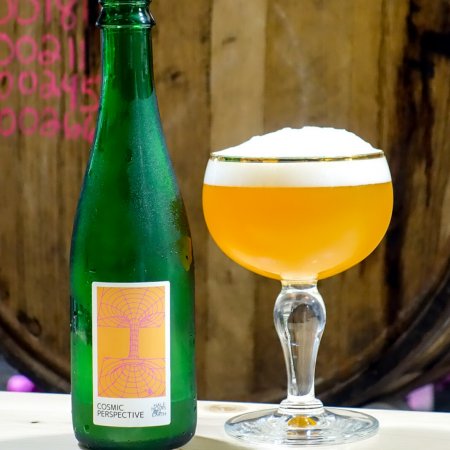 SEAFORTH, ON – Half Hours on Earth has announced the release its newest limited edition beer.

About a year ago we brewed up a lager destined for oak. Pilsner, Maris Otter, Wheat & Oats for the mash, and delicately hopped with Saaz in the boil. It was fermented with our house lager yeast and lagered before making its way into barrels for extended aging. We selected a couple of barrels full of various microbes that previously displayed bright acidity with just a hint of funk. And then came the fruit. One barrel received a large amount of apricots, while the other barrel received an even larger amount of strawberries. Our initial plan was to have two separate beers, but during a blending session, we found that together was so much better. Complimentary fruit, tartness, oak complexity was all there. So we blended the two and dry-hopped with Styrian Golding and a bit of thyme to add a gentle lemony finish.

Cosmic Perspective is available now in the Half Hours on Earth brewery store and online shop while supplies last.