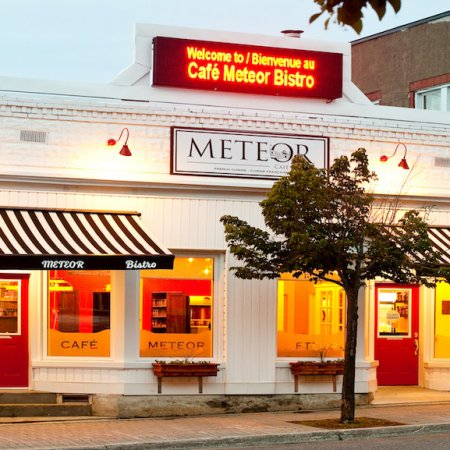 HAILEYBURY, ON – A contract brewery based in the Northeastern Ontario community of Haileybury has announced that it will be purchasing a local restaurant and reopening it as a bricks-and-mortar brewery later this year.

Whiskeyjack Beer Company was launched by co-owners Luc Johnson and Marc-André Therrien in the summer of 2017, and has been producing beers including Abitibi Amber Ale (5.1% abv), A Reason To Live Pale Ale (5.4% abv), Chocolate Chaos Stout (4.5% abv), and Cold Front Cream Ale (4.5% abv) at other breweries – most recently Highlander Brew Co. – while scouting for a permanent location.

That location has now been found in the form of Café Meteor Bistro, an establishment in downtown Haileybury that Whiskeyjack will be taking over from current owners Nicole Guertin and Jocelyn Blais effective September 4th.

Following a closure for renovations and installation of brewing equipment, the venue will reopen in late fall under the Whiskeyjack name, and will feature a brewery, tasting room, and retail store.