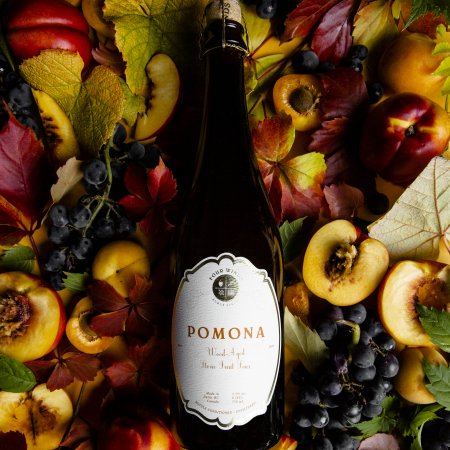 DELTA, BC – Four Winds Brewing has announced the release of the latest vintage of a “must-have bottle for sour aficionados and casual beer drinkers alike.”

Pomona (5.5% abv, 8 IBU) is a sour wheat ale aged for more than a year on locally grown nectarines and apricots in French oak foeders with Lactobacillus and Brettanomyces. It’s described as having “a complex aroma and a dry, tannic mouthfeel,” and “notes of spice with an aroma not all that different from a cigar box.”