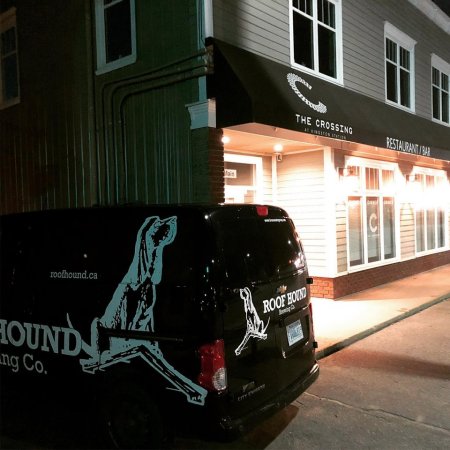 KINGSTON, NS – In the midst of marking the 3rd anniversary of its original location near Digby, Nova Scotia last week, Roof Hound Brewing announced that it will soon be opening a second pub and restaurant location 90 km away in Kingston.

Roof Hound Kingston […] will feature a full retail space, live music, and a full food and beer menu in the 60 seat taproom inspired by what you have grown to love at their original location outside of Digby. Kingston will also be the site of their new Barrel project, allowing them to age some beers for a little while longer, experimenting with new flavour profiles.

Roof Hound Kingston will be located at 573 Main Street in Kingston, previously home to The Crossing, a restaurant and bar that closed earlier this year. An exact launch date has not been announced, but it’s expected to open sometime in the autumn.