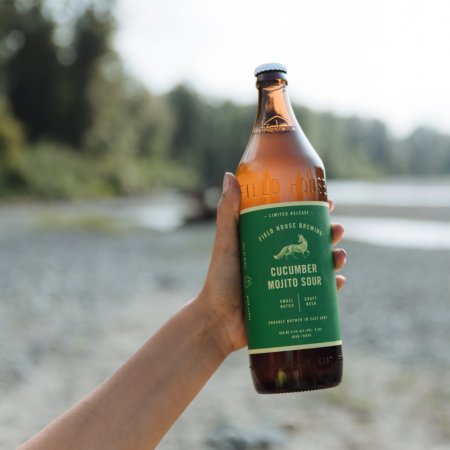 ABBOTSFORD, BC – Field House Brewing has announced details of a new beer released for the 2nd annual Field Day Fest sour beer and music festival that took place at the brewery this past weekend.

This Mojito inspired sour ale features fresh lime zest and mint. We then added our own farm grown cucumbers and basil to amplify the herbaceous and cooling nature of mojitos in this truly seasonal sour ale.

Cucumber Mojito Sour is available now on tap and in 650 ml bottles at Field House Brewing.