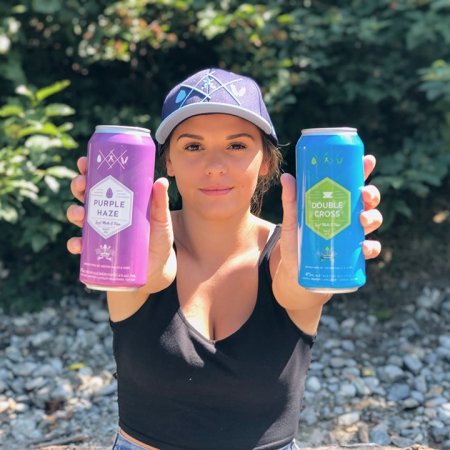 ALDERGROVE, BC – Dead Frog Brewery has announced details of a new mixed four-pack that will be debut this coming weekend.

The mixed pack features two 473 ml cans each of the new Purple Haze Hazy IPA (6% abv, 45 IBU), which is “bursting with juicy hop flavours of citrus, melon, and blackberry”; and Double Cross XX Pale Ale (5% abv, 24 IBU) which made its first appearance back in the spring and features “a crisp malt base and a refreshing burst of citrus berry hops.” Both beers are made entirely with local ingredients.

The launch event on Saturday August 17th at the brewery will feature both beers on draught, and the addition of a new Philly Cheesesteak to the taproom food menu. The four-pack will be available at the brewery, and will also be distributed soon to select liquor stores across British Columbia.