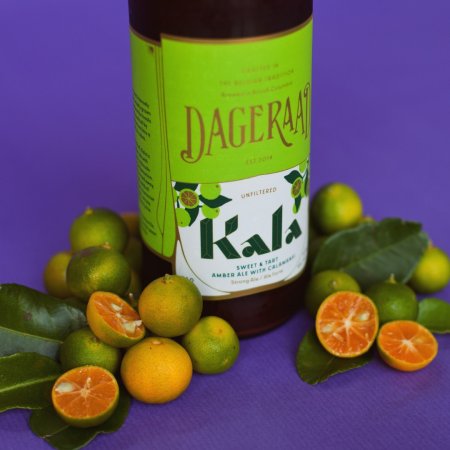 BURNABY, BC – Dageraad Brewing has announced the release of a new limited edition beer inspired by a Filipino cocktail.

Kala (6.5% abv) is a tart amber ale with brown sugar and calamansi that is based on a drink made with rum and fresh calamansi juice common in the Philippines. It’s further described as follows:

In Kala, we’ve elaborated on this idea with a bit of brown sugar to replicate the molasses flavour of the rum, and a touch of dark crystal malt to add caramel flavour and some malt backbone to the beer. We then hopped it with some appropriately citrusy hops and fermented it with one of our house strains of Belgian yeast. The result is a refreshing but surprisingly complex beer with a blast of citrus and molasses in the foreground, followed by some softer caramel and stone fruit flavours, The finish is crisp, tart and drier than you’d expect after all of the sweetness up front.

Kala is available now in the Dageraad taproom and retail store.