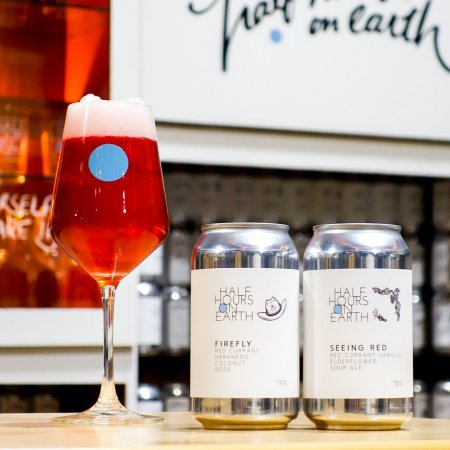 SEAFORTH, ON – Half Hours on Earth has announced the release of two very different takes on sour ales brewed with red currants and other flavours.

Seeing Red (5.5% abv) is a sour ale with red currants, elderflower, Madagascar vanilla, and milk sugar, described as “a delectable vanilla-berry-lightly floral treat, tart and soft with a rich fruitiness.”

Firefly (5.5% abv) is a gose with red currants, habanero peppers, coconut, coriander, pink Himalayan salt, and milk sugar, in which “the habanero peppers add a warming effect as you finish your glass. (while) the milk sugar, coconut & salt balances the heat to perfection.”