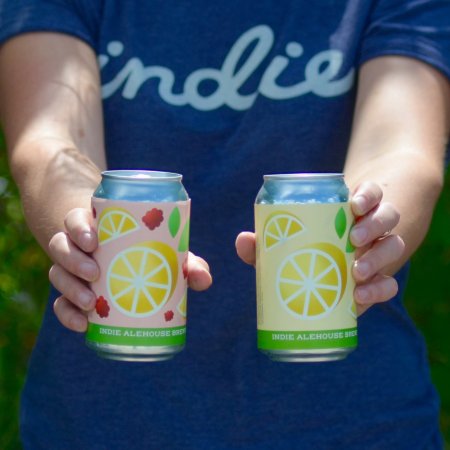 TORONTO, ON – Indie Ale House has announced the return of a summer favourite in a new package, as well as the debut of a new flavoured variant.

Good to the last drop, Lemonade Stand is the optimal summer brew. This complex sour beer is dry hopped and made with lactose and meyer lemons. Tart, lemony and balanced in its finish, this brew is incredibly easy drinking and refreshing.

Lemonade Stand will be released tomorrow (August 16th) on draught and in a new 355 ml can format, and is being joined by Raspberry Lemonade Stand (5% abv) for the first time.

Both beers will be available at Indie Ale House, and online via the brewery’s online shop and the Boozer alcohol delivery service.