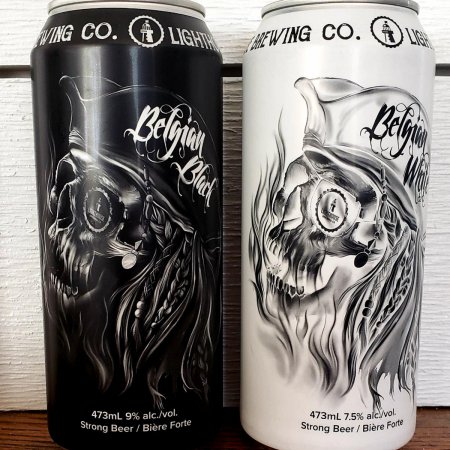 VICTORIA, BC – Lighthouse Brewing has announced that it has revived two retired favourites for a limited time in celebration of the brewery’s 21st anniversary.

Belgian Black (9% abv) and Belgian White (7.5% abv) are both strong Belgian-style ales that were originally released in January 2012 and April 2012 respectively.

Belgian Black features “rich malty features of plum and dark cherries backed with subtle spicy notes”, and Belgian White has “subtle citrus flavours that are woven with a thread of clove from a classic witbier yeast strain and finished with a dusting of ground coriander seed”.

Both beers we re-released during an anniversary block party at the brewery this past weekend, and are available in a mixed 4-pack of 473 ml cans at Lighthouse and select liquor retailers while supplies last.