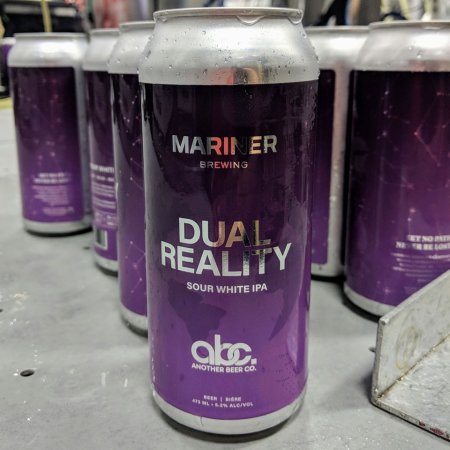 COQUITLAM, BC – Mariner Brewing has announced the release of a new collaboration with Another Beer Company.

Dual Reality (5.2% abv, 20 IBU) is a sour white IPA described as “juicy and low in bitterness, [and] packed with big aroma and flavour from Azacca and Citra hops and dried lime.”