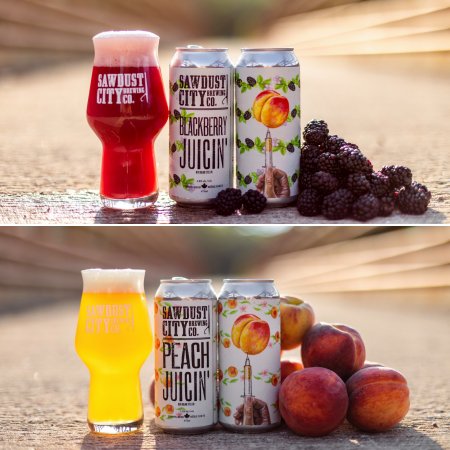 GRAVENHURST, ON – Sawdust City Brewing has announced that two variants on its popular Juicin’ NEIPA are paired up as the 34th of its 52 weekly beer releases for 2019.

Blackberry Juicin’ (6.8% abv, 45 IBu) is described as “an impenetrably hazy and impossibly hop-forward IPA fermented with Vermont Ale yeast and mounds of blackberries”, and Peach Juicin’ (7.3% abv, 45 IBU) is “same deal, but with peaches”.

Blackberry Juicin’ and Peach Juicin’ will be released tomorrow (August 22nd) in 473 ml cans at the Sawdust City retail shop and online store.