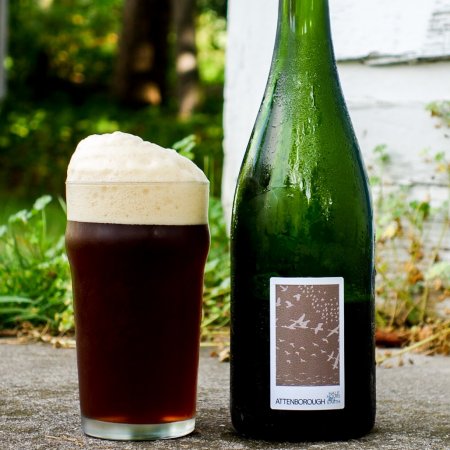 SEAFORTH, ON – Half Hours on Earth has announced the release of a new beer in support of nature conservation organization WWF Canada.

Attenborough (4% abv) is named in honour of world renowned natural historian David Attenborough, and is described as follows:

Brewed in the style of an English Mild Ale, fermented in the style of a Farmhouse beer. We mashed in on this with a toasty Maris Otter base, loaded it with malted & flaked oats, and completed the grain bill with just the right amount of chocolate malts. Generously hopped with both East Kent Goldings and Saaz making for a nice little Mild. Then it gets a bit funkier. This is a barrel fermented & barrel aged beer in neutral oak. We fermented with a wide variety of yeasts; English Ale yeast, German Lager yeast, Belgian Saison yeast, plus a mixed culture of microbes previously inoculated in the barrels. So many species!

Attenborough is available now in 375 ml and 750 ml bottles at the Half Hours on Earth brewery store and online shop. 50 cents from each bottle sold will be donated to WWF Canada.