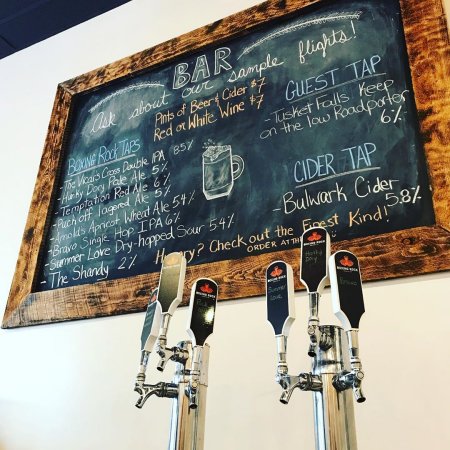 Located in the Loyalist Plaza at 218 Water Street, the taproom has seating for 70 patrons, with space for another 30 on the patio, and offers a draught line-up of eight Boxing Rock beers, plus a rotating guest beer tap, a cider tap, and glasses of red and white wine.

Food service is currently being provided by the Finest Kind mobile kitchen, with a permanent kitchen planned to open in the autumn.

The original brewery at 78 Ohio Road is remaining open as a production facility, and Boxing Rock also continues to operate a pilot brewery and retail shop in Halifax in partnership with the Local Source Market.