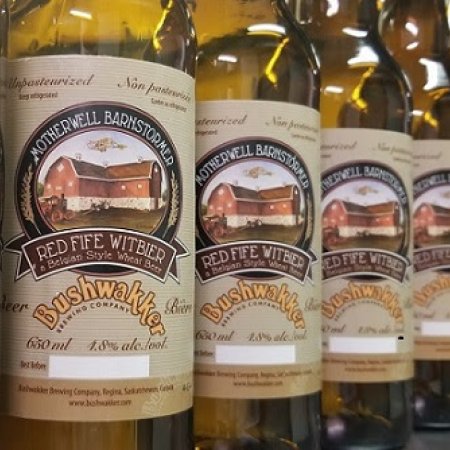 REGINA, SK – Bushwakker Brewing has announced this year’s edition of an annual beer brewed in partnership with Parks Canada in honour of a local historic attraction.

Motherwell Barnstormer Red Fife Witbier (4.8% abv) is named after the Motherwell Homestead, a National Historic Site south of Abernethy, Saskatchewan that preserves the agricultural lifestyle of the early 1900s in commemoration of William Richard Motherwell, a local politician who served as agriculture minister in both the provincial and federal governments of the time.

Motherwell Barnstormer has been brewed with Red Fife wheat, a historic strain rarely used in beer making, along with “some special ingredients which will impart plenty of delicious ‘barnyard earthy, grassy funk’ into the brew.”

The beer will be officially launched tomorrow (Saturday August 24th) at the Motherwell Homestead as part of a day of celebrations that will include a Field to Fork Festival, a Symphony Under The Sky performance by the Regina Symphony Orchestra, and more. For further details and ticket information, see the Events page on the Friends of Motherwell website.