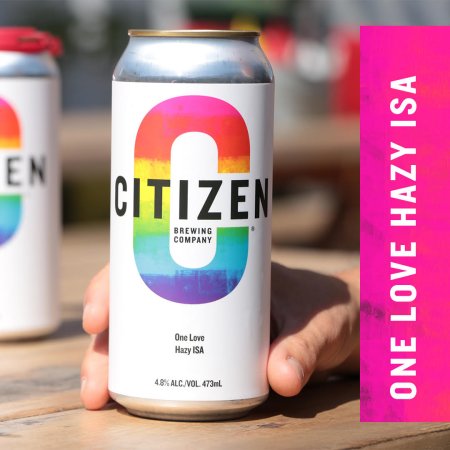 CALGARY, AB – Citizen Brewing has announced the release of a new beer in support of Calgary Pride.

One Love Hazy ISA is the closest thing to a mojito we’ve ever produced. Sabro, Cashmere and Lemon Drop hops deliver a minty, lemon-lime explosion so fruity we had to put a rainbow on it.

Proceeds from One Love will be donated to Skipping Stone, an organization dedicated to “connecting trans and gender diverse youth, adults and families with comprehensive and low barrier access to the support they need and deserve.”

Calgary Pride runs from August 23rd to September 1st with events throughout the city.