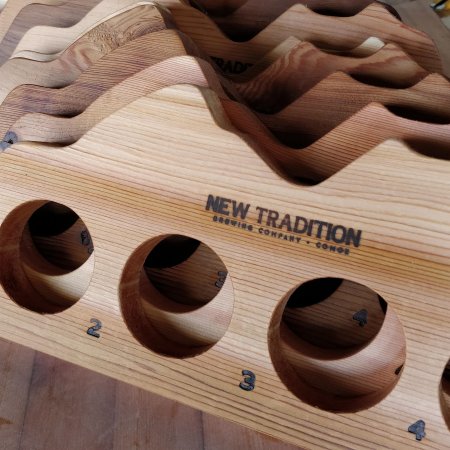 COMOX, BC – A new brewery in the Vancouver Island town of Comox has announced that it will be holding its grand opening this weekend.

New Tradition Brewing has been founded by Pat Savard and Tim Jolley, two friends who “met while guiding for a ski and snowboard tour operator where they bonded over the love of craft beer and good times.”

New Tradition Brewing is located in the Comox Centre Mall at 215 Port Augusta St. in Comox, and will be open tomorrow (Saturday August 24th) from 11:00 AM to 10:00 PM. Ongoing business hours are expected to be announced soon.