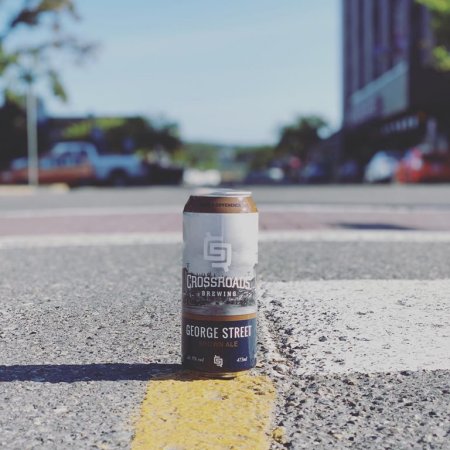 PRINCE GEORGE, BC – To celebrate the ongoing revitalization of the street it calls home, CrossRoads Brewing has announced that one of its flagship beers is now available in special commemorative cans.

Dark in colour – yet mild and easy drinking. English Brown Ales were favourites of Northern coal miners – their preferred beverage after a long day’s work. Flavours of caramel malt, biscuit and chocolate.

Previously available only in draught, the beer is now being distributed in 473 ml cans featuring a photo of George Street circa 1920, when it was the main street in Prince George.

Four packs of the new cans will be available soon at select local liquor stores.