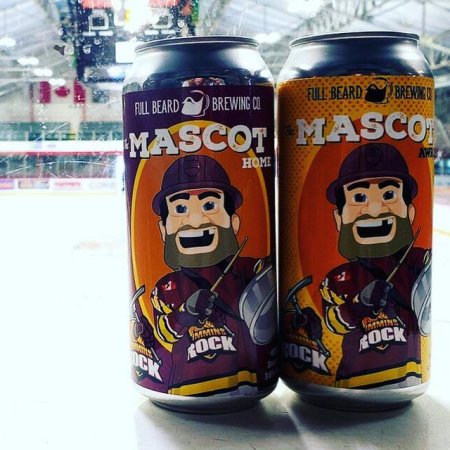 TIMMINS, ON – Full Beard Brewing and Junior A hockey club Timmins Rock have announced a partnership on two new beers to be sold at the team’s home games at McIntyre Arena.

Mascot: Home is a “crushable blonde ale” similar to Full Beard’s 705 brand, while Mascot: Away is a cream ale based on the brewery’s Bearded Prospector.

Both beers will be debuting at tonight’s exhibition game against the Pelham Panthers, and will be available at all Rock home games in the 2019-20 season. They will also be available starting tomorrow at the Full Beard taproom and retail store.