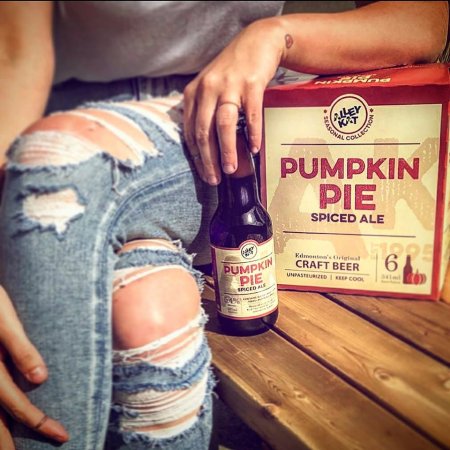 EDMONTON, AB – Alley Kat Brewing has announced the return of its most popular autumn seasonal.

Pumpkin Pie Spiced Ale (5.4% abv, 20 IBU) has been an annual tradition for the brewery since 2007 when it was available exclusively at Sherbrooke Liquor under the name Pumpkin Pi. Now in wider release under a slightly different name, it’s described as follows:

Infused with cinnamon, ginger, allspice, nutmeg and pumpkin puree, this pleasantly medium bodied ale will envelop taste buds with all the best flavours of fall. The inviting aromas of cinnamon spice on a bed of delicious pumpkin will keep souls warm as the leaves change colour and the air cools.

This year’s batch of Pumpkin Pie Spiced Ale is out today (August 29th), and will be available in at the brewery and various outlets throughout Alberta while supplies last.