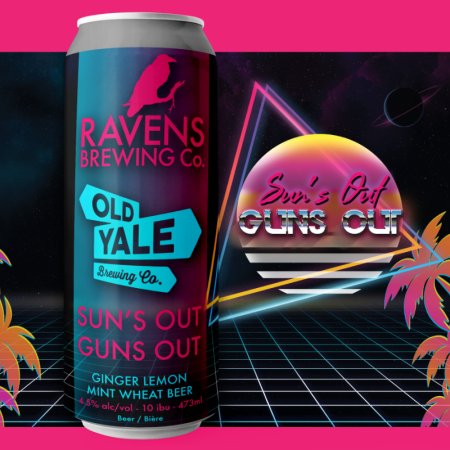 ABBOTSFORD, BC – Ravens Brewing has announced the release of a new collaboration with Old Yale Brewing.

It begins with a substantial addition of ginger in the boil and further additions of ginger, mint, and lemon during fermentation that gives this beer an aroma and taste that sets it apart. Wheat malt imparts a delicate and light body. Sun’s Out Guns Out is the perfect beer to pair with tacos or shellfish.

Sun’s Out Guns Out will be available tomorrow (August 30th) at both breweries, as well as select private liquor stores.