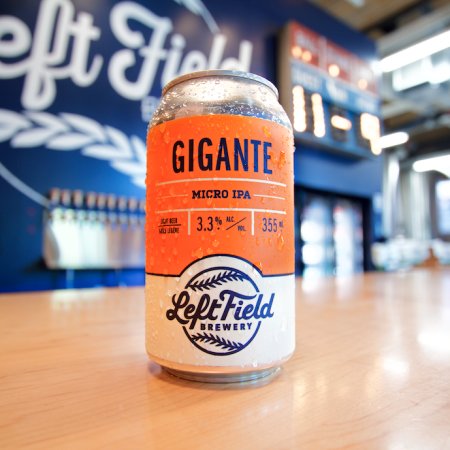 TORONTO, ON – Left Field Brewery has announced the release of a new session-friendly beer with a slightly misleading name.

Gigante Micro IPA (3.3% abv) is named after the tongue-in-cheek nickname of José Altuve, a second baseman for the Huston Astros known for the contrast between his small stature and his powerful hitting.

The beer is described as a “deliciously crisp and hop forward ale brewed with Centennial and Wakatu hops providing fresh fruit and floral aromatics and flavours of light papaya and orange zest.”

Gigante is available now on tap and in 355 ml cans the Left Field taproom, with cans also available via the brewery’s online store.