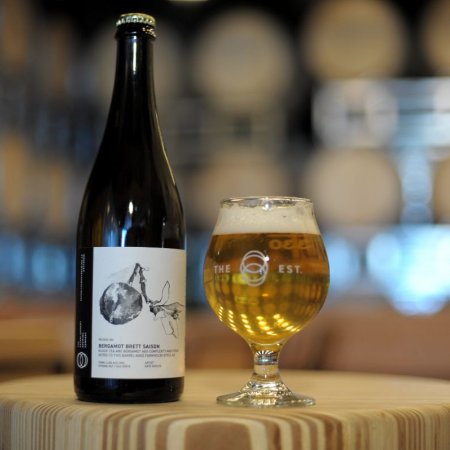 CALGARY, AB – The Establishment Brewing Company has announced the latest release from its barrel-aging program.

This Saison spent ten months getting to know Brettanomyces in an intimate Cab Sauvignon french oak setting. It was then introduced to bergamot citrus and black tea, hand packaged, and allowed to naturally carbonate for two months in bottle. Total production time: over a year. Spicy black tea and mouth watering bergamot spin with funky Brett on a dance floor of wheat and pilsner malt.

Passionfruit Brett Saison will be released tomorrow (August 31st) on tap and in bottles at Establishment.