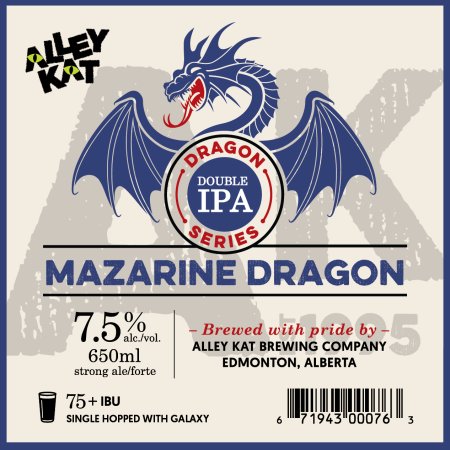 EDMONTON, AB – Alley Kat Brewing has announced details of the next installment in the Dragon Series of limited edition Double IPAs.

Just in time for the night sky to last noticeably longer, we’ve hopped our newest Dragon with a ton of Galaxy to keep you warm during your star-gazing session. With notes of fruity hop characteristics complimented with notes of citrus, passionfruit, and peach, it’s your new IIPA go-to!

Mazarine Dragon will be released on Thursday September 5th in a limited run of 650 ml bottles available at the Alley Kat brewery store and select liquor stores and bars in Alberta while supplies last.