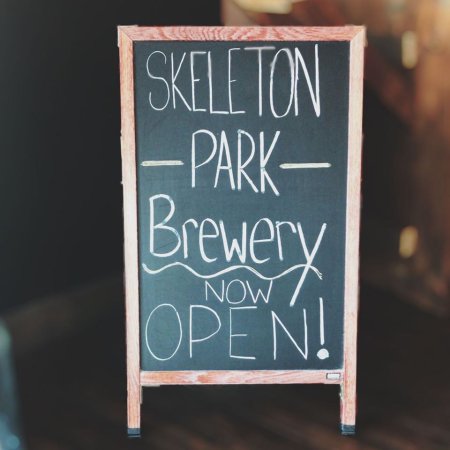 KINGSTON, ON – The closure of one Kingston brewery has made room for another to make the shift from contract brewing to a opening a bricks-and-mortar location.

Skeleton Park Brewery was launched in 2016 by spouses Trevor Lehoux and Becky Lu, who had two core brands – Amber 6.6 and Best Bitter – along with a several seasonals produced at various breweries while planning for a physical facility.

Lehoux tells Kingstonist that they were recently approached by the owners of King’s Town Beer Company, who said they were shutting down after almost three years of business, and asked if Skeleton Park would be interested in taking over the location.

After a brief closure, the rebranded taproom and retail shop reopened last week at 3-675 Arlington Park Place, with both of Skeleton Park’s flagship beers available along with Hazy IPA and West Coast Pale Ale. A rotation of other beers, including the return of several King’s Town recipes, are planned for future release.

Skeleton Park Brewery is open from 11:00 AM to 9:00 PM daily except for Sunday. For more details, see the Skeleton Park Facebook page.