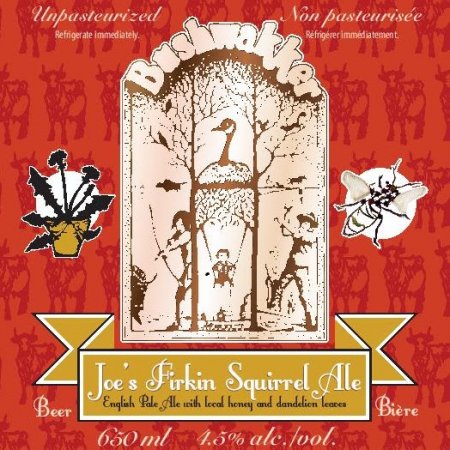 REGINA, SK – Bushwakker Brewing has announced the release of a new beer to honour Joe Fafard, a nationally-known visual artist, Order of Canada recipient, and designer of the Bushwakker logo who passed away earlier this year.

After much consultation with Joe’s immediate family, we identified some symbolic ingredients found on his family’s farm which were incorporated into this English Pale Ale. Honey from his wife’s bee hives and hand-picked dandelion leaves near his creek all play a role in this most unusual, yet very balanced and approachable ale.

Joe’s Firkin Squirrel Ale will be launched this Friday September 6th as part of the brewpub’s monthly First Friday Firkin series, with a ceremonial tapping of a firkin keg of the beer taking place at 5:30 PM. A limited run of bottles will also be available in the brewery store while supplies last.