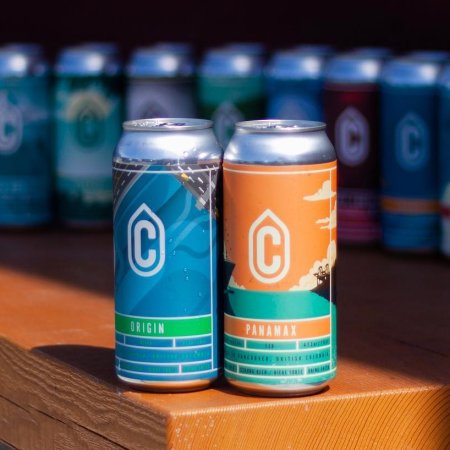 VANCOUVER, BC – Container Brewing has announced its entry into the market with a pair of debut brands.

Origin NEIPA (6.4% abv) is a “tropical, full bodied and unfiltered” ale hopped with Galaxy and Ella, and Panamax ESB (6% abv) is a “malt forward can of deliciousness” bittered with traditional East Kent Gouldings hops.

Both beers are available now in 4-packs of 473 ml cans at select private liquor stores, and on tap at several bars and restaurants in Vancouver and area.

Co-founded by Terry Brown and Dan Webster, with beer from head brewer Tim Juul, Container will be opening its tasting lounge and retail store later this year at 1216 Franklin St. in Vancouver.