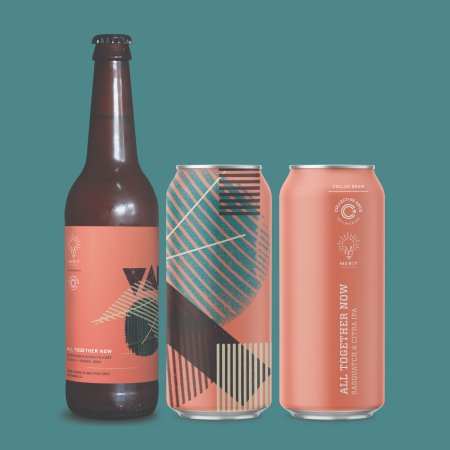 HAMILTON, ON – Collective Arts Brewing and MERIT Brewing have announced the release of a new collaboration for local charities.

All Together Now is the name appearing on two beers – a dry hopped sour with butterfly pea flower brewed at MERIT, and an IPA with Sasquatch and Citra hops brewed at Collective Arts – that will raise funds for several shelters located along James Street, the street that runs between the two breweries.

Both beers will be released at their respective breweries on Saturday September 7th, and they will also be available at select bars and restaurants in Hamilton. For more details, see the full release announcement.