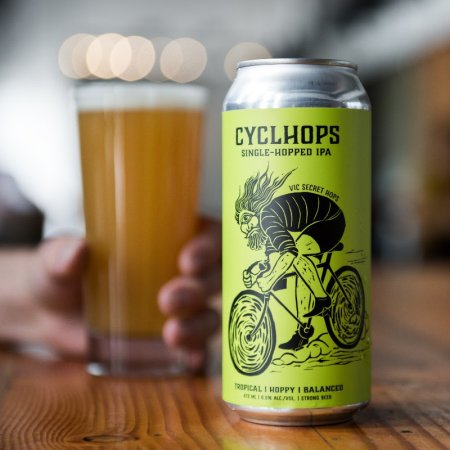 VANCOUVER, BC – Strange Fellows Brewing has announced the release of the latest in its Cyclhops series of single-hop IPAs.

Brewed with our favourite Aussie hop variety, Vic Secret, this single hop IPA has flavours and aromas reminiscent of ripe Mango, Passionfruit, and honeydew melon. Golden Promise malt brings a complexity that stands up to the rich hop character and adds a subtle sweet finish.

Cyclhops Vic Secret IPA is available now in 473 ml cans and on tap at Strange Fellows while supplies last.