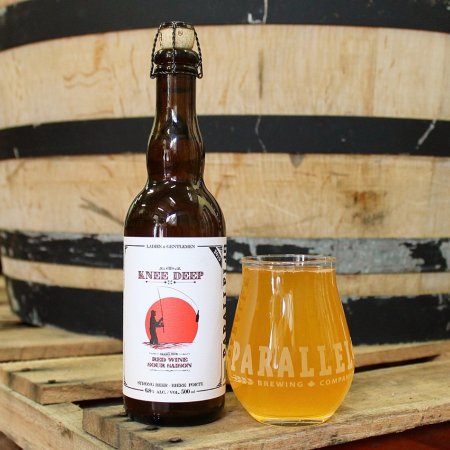 Knee Deep (6.8% abv) is a sour saison described as follows:

Aged in red wine barrels for six months to impart a juicy berry character of raspberries, strawberries, and full-bodied red wine. Oak tannins and vanillins are accompanied by an earthy funk, citrusy tartness, and floral undertones, as well as notes of tart grapes, honey, and white peaches, in this crisp and effervescent beer!

Knee Deep is available now on tap and in 500 ml bottles at Parallel 49, and soon at select private liquor stores in British Columbia and Alberta.